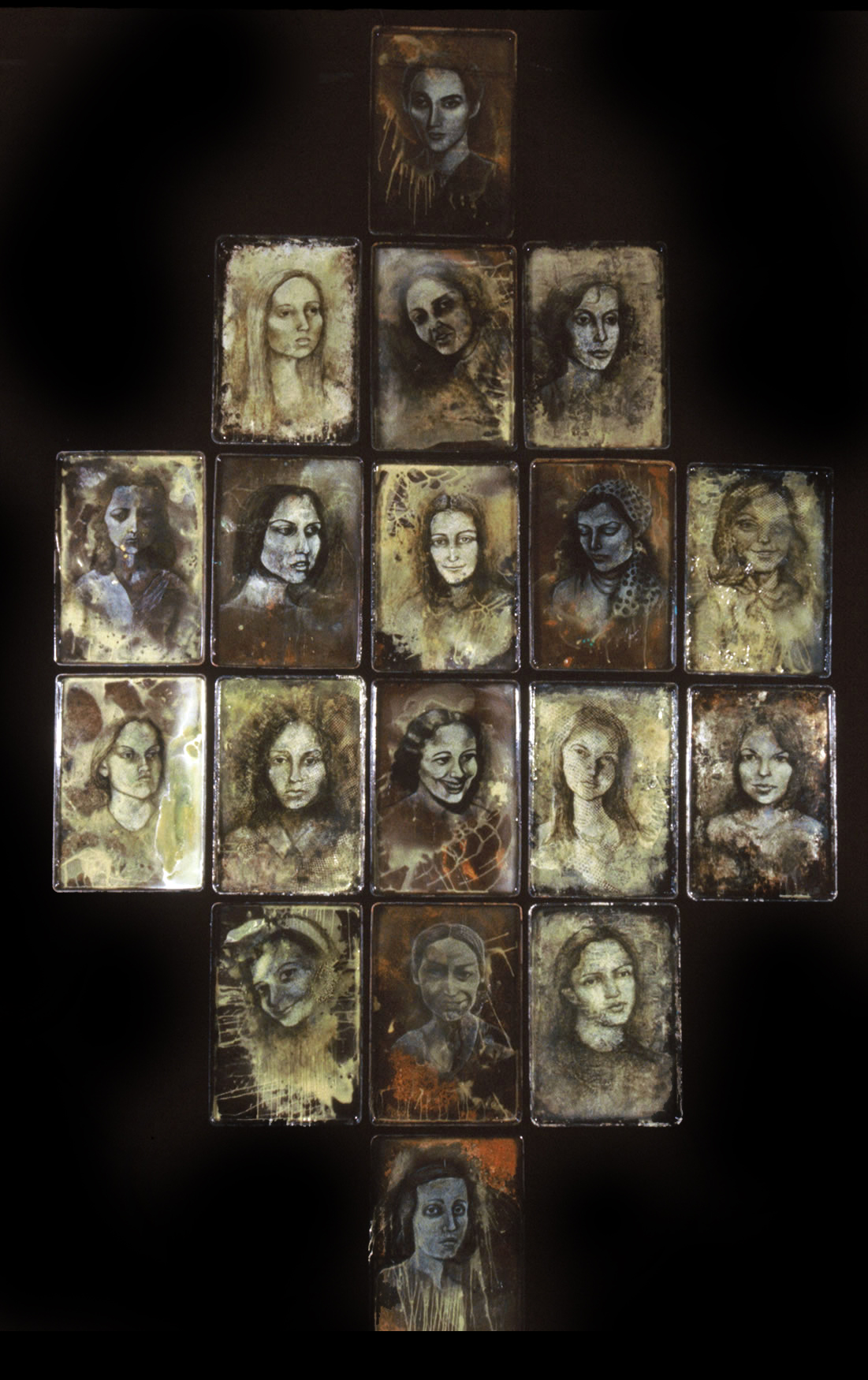 These paintings are part of a body of work tracing the search for the identity of the birth mother of my close friend, Michelle Morby. Michelle was adopted in Buenos Aires in 1973, just before the advent of the “Dirty War”. No birth certificate or hospital records exist documenting Michelle’s birth. Her mother’s name was falsified-she does not exist on paper.

The images in this series are taken from the “Wall of Memory”, a memoir of photos of 800 of the “Disappeared”. During the period from 1968-1986, approximately 30,000 Argentine citizens were systematically Disappeared. In this regime of fear, photos, books, letters, address books, etc, were often buried or burned, so as to produce no paper trail to others, or “evidence” to be used against the individual. Thus, many of the victims of this regime exist only as memories. The images in these paintings reflect the various decomposing states of these remaining photos. Each is inspired from individual photographs, but represents a montage of faces, rather than any one person. Like memories, they fade, become obscured, clouded, or break down over time. In essence, these are paintings of ghosts.

These paintings are oil paint over encaustic (melted beeswax and resin) on rusted 18″ x 24″ industrial baking sheets, which are subsequently sunk in resin. The use of snakeskin in some of the pieces references an attempt to trace a life that once was , piecing together incomplete fragments and remaining physical clues. They also mimic the pixilation in the downloaded photos from the “Wall of Memory”. Some photos are so damaged or badly reproduced that they are almost abstract- offering little or no information about the person they seek to represent. Using this method, I created 18 possible mother’s for Michelle.